The draw for the 2021 IFZA Gold Cup has taken place ahead of the prestigious tournament, taking place at Al Habtoor Polo Resort later this month. The event is part of the Dubai Open, held under the Patronage of HH Sheikh Maktoum bin Mohammed... 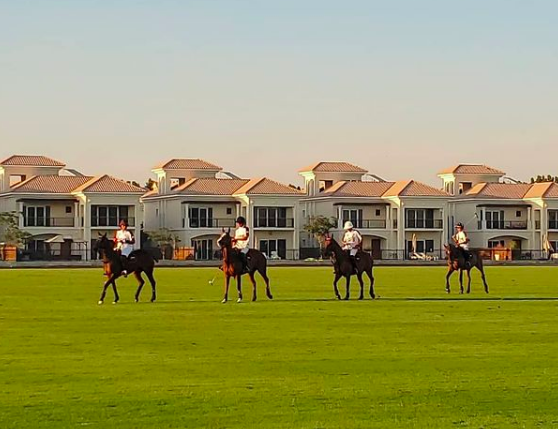 The draw for the 2021 IFZA Gold Cup has taken place ahead of the prestigious tournament, taking place at Al Habtoor Polo Resort later this month. The event is part of the Dubai Open, held under the Patronage of HH Sheikh Maktoum bin Mohammed bin Rashid Al Maktoum, Deputy Ruler of Dubai and is scheduled to begin on Sunday 14th February until Friday 5th March. Now in it’s 12th year, the tournament will have eight well renowned polo teams in the region competing for the most prestigious cup of the Dubai Polo Gold Cup (DPGC) Series. This year’s tournament will see Abu Dhabi Polo Team, Bangash Polo Team, Dubai Wolves by CAFU team, Ghantoot Polo Team, Habtoor Polo Team, IFZA – Mahra Polo Team, UAE Polo Tea and Zedan Polo Team battle it out for the championship. The Gold Cup is recognized and certified by the World Polo Tour (WPT) and has grown in parallel with the city of Dubai. It is the only tournament in the United Arab Emirates (along with the Dubai Silver Cup and Dubai Challenge Cup) carrying this accreditation by WPT.   Up for the cup: Dubai Wolves by CAFU will be competing in the Gold Cup The Gold Cup is part of the WPT Championship Cup, which is considered as one of the highest competition in terms of points, on a par with tournaments held in Argentina, Spain, UK and USA. It awards 125 points to its winners, 65 points to the finalists, 45 points to the semi-finalists and 30 points to all other participating players. The Dubai Open is played under the banner of the Hurlingham Polo Association (HPA) with tournaments being played under strict international supervision according to the HPA rules and provision of its umpires. Mohammed K. Al Habtoor, Vice Chairman & CEO of Al Habtoor Group, Founder of the DPGC Series and Patron of Habtoor Polo team said at the press conference: “I am excited for the upcoming matches as the qualifying matches of the last tournament has shown a difference in performance from the teams. The sports industry thrives in the strength of each athlete, the teams behind it and the support it receives from trusted partners. This season, we are grateful for the support of patrons and all our sponsors such as Bentley Emirates, which has been a part of the Dubai Open since 2010. Also, I am proud to receive the backing of IFZA as a title sponsor not only of the Silver Cup but also the Gold Cup tournament – which is a first for the Dubai Polo Gold Cup organization. In addition, IFZA is the Official Sponsor of Al Habtoor Polo Resort and Club’s 2021 Polo Season. This tremendous support is a demonstration of confidence for the team based on our hard work in delivering world-class polo events in the region that has placed Dubai in the forefront of the international polo scene.” Martin Pedersen, Chairman of IFZA said, “The Dubai Polo Gold Cup is a demonstration of the spirit of determination and resilience of the people of the UAE. In the middle of the current global challenges, and even with a sense of caution… we still dare to step out boldly. We at IFZA share this same spirit of determination, resilience and courage.” This year’s Dubai Open is powered by International Free Zone Authority (IFZA) as the title sponsor. IFZA is one the UAE’s leading Free Zone Authorities and with its long-standing dedication to excellence, has continuously improved the way it conducts business with its customers in the country. For a full list of fixtures visit www.dubaipologoldcup.com/matches
Read More

PBA chair Vargas dares Parks to offer services to other...

Ball, Hornets hope to bounce back vs Thunder

Keegan to Kenny: A new king ascends the Liverpool throne

[This Day] The Nigerian office of the United Nations Office on Drugs and Crime (UNODC)...

Opening conundrum and other headaches for India ahead of...

Ahead of their maiden overseas Day-Night Test in Adelaide, India’s stars will get...

Landon Donovan on San Diego Loyal walking off the pitch

Japan PGA Tour campaigner Angelo Que has signed up to play in the Philippine Golf...

An opposition presidential candidate in Zanzibar detained as he tried to vote early...

Brandon Vera enjoys being a dad as he braces for ONE title...

[Nation] Gor Mahia tactician Steven Polack has ruled out the option of having top...

A pioneering professional league is hoping to get the stars finally aligned—on opposite...