Ahead of their maiden overseas Day-Night Test in Adelaide, India’s stars will get a feel of the pink ball when they take on Australia A in Sydney on Friday. The three-day tour game is the final chance for India to sharpen their preparation... 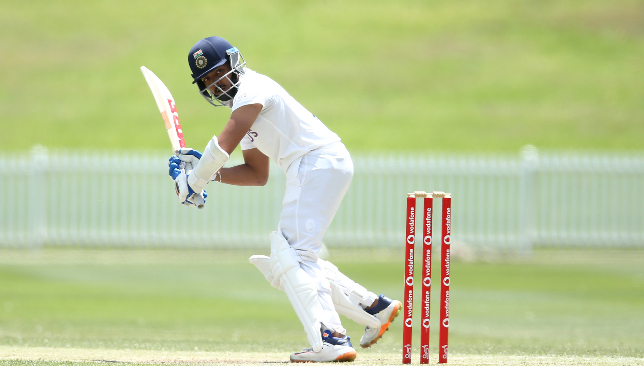 Ahead of their maiden overseas Day-Night Test in Adelaide, India’s stars will get a feel of the pink ball when they take on Australia A in Sydney on Friday. The three-day tour game is the final chance for India to sharpen their preparation for what should be an epic battle of four Tests against the No1 ranked Australians. The significance of Friday’s clash will not be lost on the Indians, with several players in the squad yet to play any meaningful first-class or red-ball cricket for more than 10 months. While Australia do have most of their bases covered for the Test series, both sides will be looking to get some important answers in the three days of play at the Sydney Cricket Ground. INDIA’S OPENING CONUNDRUM Agarwal is the only opener certain to play in Adelaide. The biggest question mark for India heading into the Test series is the make-up of their opening combination. Only Mayank Agarwal is guaranteed a spot currently after Rohit Sharma was ruled out of the first two Tests at least. Somewhat surprisingly, Agarwal was not released to play in the first tour game against Australia A despite not getting a single appearance in the three-match ODI series against the hosts. While it will be important for Agarwal to get into the Test mode in Sydney, who partners him at the top in the series is anyone’s guess currently. Neither Prithvi Shaw nor Shubman Gill covered themselves in glory in the previous tour clash, with both youngsters bagging a duck in the first innings. There is also the option to give KL Rahul a chance after his recall to the Test squad, although it will be a risky ploy to throw him straight into the cauldron against the formidable Aussies. Who opens for India in Friday’s game will give a much better indication of the visitors’ plan for the Adelaide Test. AUSTRALIA LOOK FOR WARNER REPLACEMENT Pucovski’s history with concussion injuries continue. The hosts have an opening conundrum of their own after David Warner was ruled out of the first Test due to a groin strain. Warner’s absence will come as a huge setback for the Aussies, especially in light of his formidable record at the Adelaide Oval. To compound matters for Australia, the other opening incumbent Joe Burns is going through a wretched run of form currently. His poor Sheffield Shield form of late did not improve in the previous outing against India A where he scored a total of four runs across two innings. Burns will be given another outing to regain his confidence and the Aussies will be praying that he can find his groove ahead of the Adelaide clash. Under normal circumstances, young Will Pucovski would have been guaranteed a Test debut due to Warner’s injury. However, the talented youngster’s participation is now under a cloud after he picked up yet another concussion injury. The blow to his helmet by a Kartik Tyagi bouncer has ruled out Pucovski from the three-day match, and it looks unlikely now that he will get his Test bow in Adelaide. This means Marcus Harris is a lock for a Test recall as opener after his strong run of late in the Sheffield Shield. KOHLI’S AVAILABILITY Kohli has been playing non-stop white-ball cricket. Virat Kohli will play just the one Test before returning back to India for paternity leave, and visitors will want their inspirational skipper to put in a big display in Adelaide. What is worrying though, is the fact that Kohli could miss the warm-up clash in Sydney due to the non-stop cricket over the last three months. His IPL exertions, along with those in the limited-overs clashes against Australia could see the Indian captain skip the practice game in a bid to be completely fit for the opening Test. “Let’s see how I wake up tomorrow,” Kohli said after the third T20I against Australia. “If I feel great, I’ll definitely play. If not, I’ll speak to the physio and trainer and get a few days off and be fresh for the first Test.” It is important to note that Kohli has not played any red-ball cricket since the second Test against New Zealand in February this year. While one would expect champion players like him to adapt quickly to the circumstances, going into the Adelaide Test without any practice could be a huge gamble for the India superstar. SIRAJ’S LAST CHANCE TO MAKE AN IMPRESSION Siraj has one final opportunity to stake his claim. With Ishant Sharma set to miss the first and second Tests due to his injury, the third pacer’s slot for India is up for grabs. At the moment, it looks like India’s home workhorse Umesh Yadav will be given the nod despite his poor track record on Australian soil. Ian Chappell’s latest revelations about his conversation with India coach Ravi Shastri indicate that Yadav looks set to play in Adelaide alongside Jasprit Bumrah and Mohammed Shami. As such, Mohammed Siraj has one last chance to audition for a maiden Test berth. Although the pacer did pick three wickets in the previous tour game against Australia A, he was erratic at times with his lines and lengths. Siraj’s first-class record is an impressive one, with 150 wickets in 37 appearances, and he will want to make a solid impression in the Sydney clash. A four-Test series is a long one, and there is every chance that one of India’s frontline fast bowlers could pick up an injury at some point. Siraj and Navdeep Saini are the next in line in the pecking order, with the former slightly ahead due to his superior domestic track record.
Read More

Dubai International Heritage Sports Exhibition and Conference gets under way

Nepomuceno adds to his legend—and plans to keep going

Razvan Lucescu must hope patience remains a virtue for...

[Zimbabwe Independent] The Supreme Court ruling to the effect that Nelson Chamisa...

When You’re Latina, but the World Says You’re Not

Video: Government hopes fans will return to stadiums by...

Victory, but with a painful twist for Al Nassr and Pity Martinez. His tortured start...

It will take a lot of factors falling into place, but certain events have already...

The national boxing team is ready to join the training bubble of the Philippine...

[This Day] The largest water park in West Africa, Park Vega, is set to launch in...

E-kata star still on his own as nonrecognition barricades...

James de los Santos faced the camera on Wednesday, one different from what he has...