The UAE’s most talented drifters unite once again for the 2021 national edition of Red Bull Car Park Drift, happening this weekend at a brand-new venue, in partnership with Dunlop Tires, Dubai Sports Council, Arab GT, Dubai Sports T.V. The... 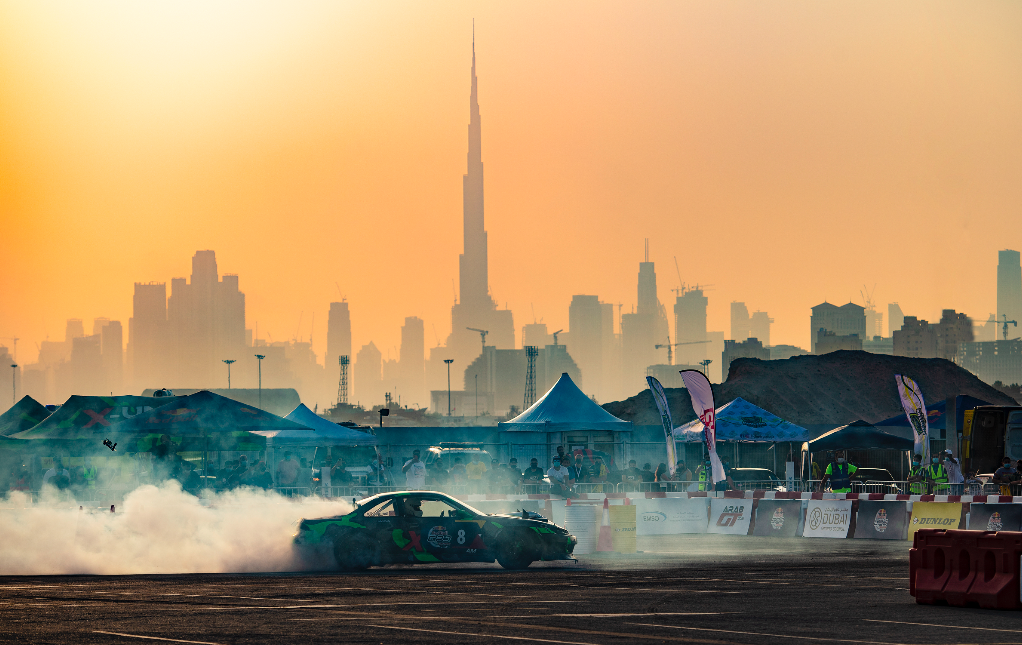 The UAE’s most talented drifters unite once again for the 2021 national edition of Red Bull Car Park Drift, happening this weekend at a brand-new venue, in partnership with Dunlop Tires, Dubai Sports Council, Arab GT, Dubai Sports T.V. The world-renowned motorsports tournament will take place Friday 2 April at Souk Al Marfa at Deira Island. Due to national health measures and restrictions, it will sadly not be possible for spectators to attend. However, the tournament will be live streamed at Red Bull Motorsports Facebook channel. Meanwhile, all the right precautions have been taken, with crews and drivers involved all following strict guidelines, in line with government directives, in order to participate. Big prize: The victorious drifter will earn a spot in the Red Bull Car Park Drift World Championship Four big names from the world of motorsport – Lebanese drifting legend and Red Bull athlete, Abdo Feghali Jordanian drift king Ahmad Daham; Lebanon’s Yousif Basil, and Yemeni Wadhah Abdullah Ali – are back on judging duty this year. The victorious drifter of this weekend’s edition will earn a spot in the Red Bull Car Park Drift World Championship, set to take place in Cairo, Egypt later on this year. The winner will be joining last year’s UAE titleholder, Mohammad Shaker, who qualified for the World Championship in November 2020. The Jordanian motorsports athlete secured the top spot of the Emirates’ qualifiers of Red Bull Car Park Drift 2020, which took place at Dubai Festival City. In his Nissan Silvia, Shaker beat 16 other participants to make it to the final heat, emerging victorious with an impressive final round score of 349 (out of 400). Narrowly missing out on the top spot was Lebanon’s Mohammad Shehab, who secured second place with 347 points. In third was last year’s UAE winner, Egyptian drifter Ahmad Sameer Al Adl, who scored 338 points. Dating back to the 1960s, drifting is said to have originated in Japan when a group of racers set out to beat their ‘A to B’ race times by exceeding the grip limit of their tyres when taking sharp corners. Obviously, it didn’t really help the racing times, but what started out as that turned into a different type of motorsport – and drifting was born. The first-ever event took place in Beirut, Lebanon in 2008 at City Mall’s car park, with Michel Feghali crowned the competition’s very first King of Drift. The second event’s winner was Garo Haroutiounian, and then in 2010, Red Bull Car Park Drift was expanded into a regional competition series, with 15 qualifiers in ten countries. The finale was held at Forum de Beyrouth with Lebanese drifter Feras Khaddaj taking the title. Drifters must expertly make their way round a challenging course, avoiding obstacles along the way. Each competitor is judged according to a set of nine criteria for a total of 400 points. A maximum of 120 points is allocated towards drifting skills, while the flipper and pendulum challenges account for up to 60 and 50 points, respectively. Meanwhile, the car’s looks and design make up 40 points, whereas tyre smoke, car sound, the gate and spiral tasks each contribute a maximum of 20 points towards the score. The final ‘Box’ – a tight enclosure the drifters need to do a ‘doughnut’ in – is worth 50 points. Drifters lose points if they hit obstacles, drift the wrong way, or spin their car. Three penalties in one round, and it’s disqualification. THE DETAILS Where? Souk Al Marfa, Deira Island When? Friday 2 April 2021 What time? 3 P.M Where can I watch? Red Bull Motorsports Facebook Visit redbullcarparkdrift.com to keep up to date with the competition’s latest news, features and interviews.
Read More

Laurentiu Reghecampf and Al Ahli Jeddah both have plenty to prove

2020 Cricketer of the Year: Ben Stokes and Babar Azam among...

The sixth edition of the Asian Beach Games in Sanya, China, has been postponed for...

COVID-19: So Far So Terrible: It Has Been Fire Brigade...

The Denver Nuggets stressed defending the 3-point line leading up to Game 1 of their...

The excitement for Nesthy Petecio has been gradually picking up as the bubble training...

Christopher Clark Jones, 36, was sentenced to life behind bars after the horrific...

[Nyasa Times] The Catholic Church has this year banned the Way of the Cross on Good...

Rookie draft gives PBA a semblance of normalcy even as...

Olympics-Breakdancing included in Paris 2024 to reach out...

PARIS  – The inclusion of breakdancing at the 2024 Olympics may been surprising...