Youthful Al Jazira are taking nothing for granted in the “close and equal” grandstand clash at out-of-sorts Al Ain, according to boss Marcel Keizer. The latest instalment of ‘Al Clasico’ pits fifth-placed hosts desperately clinging... 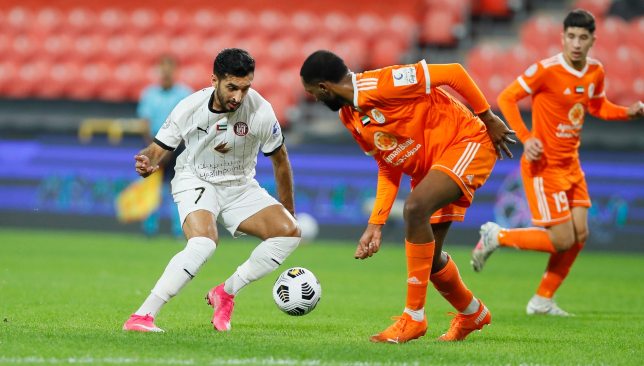 Youthful Al Jazira are taking nothing for granted in the “close and equal” grandstand clash at out-of-sorts Al Ain, according to boss Marcel Keizer. The latest instalment of ‘Al Clasico’ pits fifth-placed hosts desperately clinging on in the Arabian Gulf League title race against Marcel Keizer’s charging visitors who sit level on points with leaders Sharjah. Jazira’s case is further strengthened by a six-match top-flight winning streak, plus the fact it’s been five years since they were last downed at Hazza bin Zayed Stadium. “Our match against Al Ain will be close and equal,” said Pride of Abu Dhabi supremo Keizer, who guides the competition’s youngest squad. “The chances of victory will be present for the two teams because this game brings together two teams representing two of the biggest clubs in the league. “Although Al Ain did not achieve the required results in the previous period, it will not have any effect on Thursday’s match.” Meanwhile, Mahdi Ali faces a tough assignment on Friday to gain the first league win of his third stint in charge of Shabab Al Ahli Dubai Club at near-neighbours Al Wasl. The respected ex-UAE boss has claimed one point from two matches since he succeeded Gerard Zaragoza, although First Division League’s Emirates Club were beaten 2-0 in the President’s Cup. Their imminent opponents edged lowly Khor Fakkan 1-0 last weekend to give their new boss, former Fluminense tactician Odair Hellmann, his opening victory at the third attempt. “We must continue with the same spirit and performance that we did in the previous match against Bani Yas [a 0-0 draw],” said Ali about this mid-table clash, even though Shabab Al Ahli were 2019/20’s pacesetters. “The players know the importance of winning the match and I trust them to make a good match.” Sharjah welcome winless Ajman in the expected absence of former Benfica forward Caio, Goran Tufegdzic should possess plenty of inside knowledge when his Fujairah welcome the Khor Fakkan side he coached last term and Ittihad Kalba would go up to fourth, temporarily at least, with victory against bottom-placed Hatta. Al Nasr will aim to cement their title credentials versus Al Wahda and Bani Yas could gate-crash the top three if they down 10th-placed Al Dhafra. MATCH-WEEK 12 FIXTURES Thursday 17:00 Sharjah v Ajman 17:00 Fujairah v Khor Fakkan 20:00 Ittihad Kalba v Hatta 20:00 Al Ain v Al Jazira Friday 17:00 Al Nasr v Al Wahda 17:00 Bani Yas v Al Dhafra 20:00 Al Wasl v Shabab Al Ahli Dubai Club
Read More

The year that passed was unlike any other for Philippine sports

SBP ready for another postponement

Knowing how uncertain things are here in the country, the Samahang Basketbol ng...

The resumption of professional sports in the Philippines will be discussed in a...

Kaya-Iloilo FC was playing a team that had given up eight goals in its last two...

Background Since the coronavirus disease (COVID-19) was first reported in Wuhan,...

Al Jazira have extended the contracts of fan favourites Milos Kosanovic and Thulani...

Schedule out for Fiba qualifiers in Pampanga; Sotto joining...

Gilas Pilipinas will be taking old tormentor Korea first when it plunges action...

[This Day] Eromosele Abiodun examines efforts by the Nigerian Shippers Council to...

Lady Gaga reveals marriage and starting a family is her...

Wait and see game for PBA: season opening, setup not yet...