While it’s common for many of us to drink less than the recommended two litres of water a day, a recent UK study unearthed the staggering statistic that one in 10 adults don’t have a single drop of water in their daily intake. The incredible... 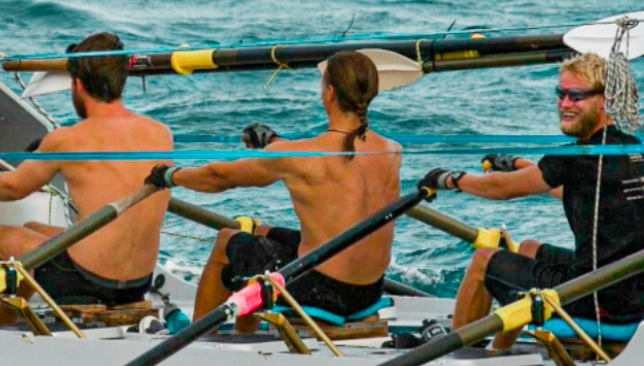 While it’s common for many of us to drink less than the recommended two litres of water a day, a recent UK study unearthed the staggering statistic that one in 10 adults don’t have a single drop of water in their daily intake. The incredible finding came after 2006 adults were asked about their hydration habits. Studies have shown that dehydration negatively affects both our ability to concentrate and our physical performance. To most people, not taking on board the recommended daily amount of water might not seem to make much of a difference, to an athlete however, the difference between being hydrated and dehydrated can be the difference between winning and losing. Ultra-endurance athlete Jamie Douglas-Hamilton and his crew found themselves each putting away between nine and 13 litres of water a day in 2014, as they tackled the treacherous conditions of the Indian Ocean during a 5,000-mile rowing expedition from Australia to Africa. Douglas-Hamilton and the team knew the importance of staying hydrated if there were to successfully battle through the stormy weather and complete the journey. Despite significantly upping their water intake, the team found themselves feeling weak and under-energised, causing a drop in their performance. With crew members each burning up to 10,000 calories a day, they could ill afford a weak link. Drastically needing to find a solution, while continuing to battle the elements, a Eureka moment came when, in a desperate bid to reenergise, one of the team began mixing his drinking water with seawater. It worked. Within hours the rowers were seeing the positive effects the seawater was having on their performance. It helped replace essential electrolytes that had been washed from their body due to their ‘regular’ water consumption, and soon the team was mixing every second bottle of drinking water with seawater. The six-man team went on to not only complete the expedition, but also smash the world record time by an unbelievable two weeks. Ionised: Actiph helps athletes to hydrate For Douglas-Hamilton, now a seven-time Guinness World Record holder, the expedition may have ended, but he was set to embark on an even bigger journey, which would take him all around the world. He began researching the benefits of athletes drinking ionised water, and it didn’t take long for the endurance athlete to understand why NFL players were heavily consuming alkaline ionised water. Scientifically proven to hydrate faster, the water allows sports stars to perform to a higher standard than those drinking regular water. After months of detailed research, Douglas-Hamilton had enough information and knowledge to develop his very own ionised water that would help sustain energy levels, reduce bloating and improve both physical and mental performance. In 2017 Actiph was born. The unique water is made with a blend of Shropshire spring water and electrolytes and ionised to pH 9+ (pH 6.5-pH7.5 being the typical amount found in most drinking water.) Having been first launched in the UK, Actiph soon found its way onto the shelves of major retailers, helping the company to sell a whopping 1.35 million units by April 2020. As the brand continues to grow so does it’s global appeal. As the benefits of drinking ionised water have become wider known so has Actiph’s customer base. Earlier this year the product was made available across the UAE at Spinney’s stores, and the brand is proudly sponsoring the 7th annual FIT Awards taking place this December, which honours the achievements of the health and fitness community in Dubai.
Read More

Liverpool FC celebrate one year of official club store in Dubai with partnership...

Nets’ Harden ruled out for Game 2 against Bucks

Fajardo cleared to play for next season, says SMC athletic...

MANILA, Philippines—San Miguel received its biggest news yet after it was revealed...

An Indiana Pacers team finally looking like it did two seasons ago is set to hit...

PBA board stays firm: No Japan stint for Ravena

NEW YORK – Teenagers have lit up the US Open this year and on Tuesday Leylah...

Kenya: Stampede in Kibra as Residents Surge for Food Donation

[Nairobi News] Several people were injured on Friday afternoon in a stampede during...

The Department of Justice (DOJ) found probable cause on the complaint filed by the...

Dancesport aces give back in pandemic

The women who helped harvest 10 of 13 gold medals for the Philippines in the last...

MANILA, Philippines—Cebuano basketball legend Dondon Hontiveros was named as the...