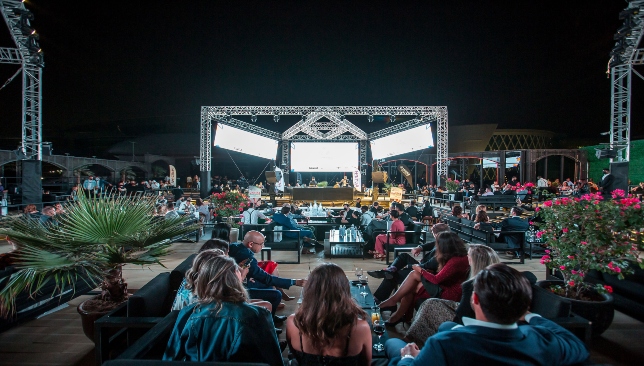 The best performers in Dubai’s health and fitness industry were honoured at the 7th annual FIT Awards, held at Soho Gardens, Meydan, Supported by Actiph Water and Liftdex Strength & Equipment, the awards bash saw over 300 professionals gather for the glitzy event. The ceremony, which adhered to strict health and safety guidelines, saw both individuals and brands pick up awards in categories that were both public voted and chosen by a panel of experts after a rigorous round of judging. In total there were 20 categories, receiving over 8,000 public votes – 10 for individual prizes and 10 for businesses. Winner: Dannish Walker-Khan Dannish Walker-Khan picked up the top gong in the Personal Trainer of the Year (Male) category. He said: “I’m delighted to be the first person to win this for the second year in a row. I do athletics so I guess that’s my competitive side coming out. “It’s been a strange year, since COVID I’ve actually been busier than I’ve ever been which is great and I think if anything the pandemic has made people realise just how important their health is so they’re working out more now which is great for everyone. “I was doing a lot of Zoom sessions and like everyone I’ve had to adapt but I can’t complain about how it’s going, things are great.” Sports brand ASICS took home the award for Best use of Social Media for Health and Fitness. The trophy was collected by Anna Eliza Seixas who said: “We put a lot of effort into this and of course the lockdown earlier this year meant we had to change a lot of our plans. “We revamped our entire strategy in two weeks to ensure people could still workout properly and it’s great to be recognised by the industry.” It was a brilliant night for Real Pilates who picked up a number of awards. Speaking on behalf of the team, General Manager Zoe Veera said: “It’s amazing to win this after what has probably been the toughest year for everyone here at the FIT Awards. “More than ever this year has been about focusing on the customer and what we can do to make people feel comfortable to exercise in a safe environment and we’ve gone above and beyond to make that work. “The awards really help to show that we’ve been doing a great job of keeping people happy. We’ve usually worked with quite a stable timetable throughout our eleven year history and we had to throw that out the window and really go with times and classes with what people needed.” Number one: Rhian Adams took home Female PT of the Year Rhian Adams was crowned Personal Trainer of the Year (Female) and was grateful to those who she’s trained over the last 12 months. “It’s an honour to win this, it’s been such a strange year for us all and I really owe this to my clients as it’s because of them that I’ve managed to win this so I can’t thank them enough.” Actiph Water sponsored this year’s edition of the FIT Awards, made with a unique blend of electrolytes and is ionised to a very high PH9. Alkaline water leads to faster hydration which leads to better performance and recovery. The brand, available in Spinney’s, is relatively new to the UAE, and has shown huge popularity in Europe and the UK among the fitness and sports enthusiasts. The founder and team of Actiphists is made up of a two-time Guinness World Record breaker for rowing, British Triple Jumper, Heptathlete, West End performer and an Olympic Gold Medalist. Celebrating: Scarlett Harvey with her award “Supporting the Fit Awards 2020 was a no-brainer when it came to the decision on which event to launch the brand in the UAE,” said Vanessa Linney Co-founder and Managing Partner of Ymakan. “Last night’s awards were a fantastic way to introduce the brand to a huge chunk of some of the leading UAE fitness gyms and professionals who would instantly understand the benefits of Actiph Water Vs. normal bottled water. Full List of Winners Fitness Training Provider of the Year Les Mills Middle East Facility of the Year 1000+ Members Reform Athletica (Gold) Evox – UWalk, KSA (Silver) Facility of the Year up to 1000 Members Real Pilates – Jumeirah, Dubai Yoga/Pilates/Mind & Body Studio of the Year Real Pilates (Gold) Inspire Yoga Pilates & Fitness (Silver) Fitness Brand of the Year Real Pilates (Gold) Reebok (Silver) Best Use of Social Media for Health & Fitness Asics – Run and Win Healthy Food Operator of the Year Eat Clean ME Fitness Event of the Year Dubai CrossFit Championship Boutique Studio of the Year The Platform Studios – DIFC, Dubai (Gold) Rising Gym (Silver) Customer Service Award Real Pilates General/Club Manager of the Year Reza Alavi Personal Trainer of the Year – Male Dannish Walker-Khan (Gold) Christian Williams (Silver) Personal Trainer of the Year – Female Rhian Adams (Gold) Luville Dato-on (Silver) Health Coach of the Year Lina Antar Group Fitness Instructor of the Year Hayley Brown (Gold) Andrea Giovannini (Silver) Mind & Body Instructor of the Year Cloe Sommadossi Fitness Manager of the Year Pedro Miguel Marques (Gold) Nina Ninkovic (Silver) Fitness Influencer of the Year – Male Coach Meddy Fitness Influencer of the Year – Female Tanja Kaddoura Best Transformation of the Year Scarlett Harvey
Read More

Concepcion shoots 66 to lead Que by 1 at Langer

Saudi Team of the Week: Ever Banega features despite loss, Andre Carrillo and Al...

JUST IN: Semi Ajayi Named In Championship Team Of The Season

Alido has momentum as wide-open chase for Eagle Ridge title...

Saudi Arabia unveil new Nike kits – and they are beautiful!

[Daily Maverick] China has prided itself on being Africa's true friend, and has...

Very few teams get too high or too low with the result of Game 1 of a seven-game...

They need to prepare for us harder from now on.” Chito Victolero said that he only...

Governor Hope Uzodimma of Imo State has extended palliatives to inmates of Owerri...

The number of Nigerians who have registered for evacuation on account of the COVID-19...

Nigeria: Nigerian Football Will Change for Better After...

[Daily Trust] The chairman of the League Management Company Mallam Shehu Dikko has...

The ICC on Monday announced the winners of its one-off end of the decade awards,...

ATHENS – Surfing should be eligible for a cut of Olympic Games revenues distributed...

Nigeria U17 International, Akinkunmi Amoo has signed a 4-year contract with Ibrahimovic...