Crisis-addled Al Nassr will need to summon reservoirs of strength and ensure their nightmare start to 2020/21 does not continue in match-week four of the Saudi Professional League. Devastating elimination in the 2020 AFC Champions League’s... 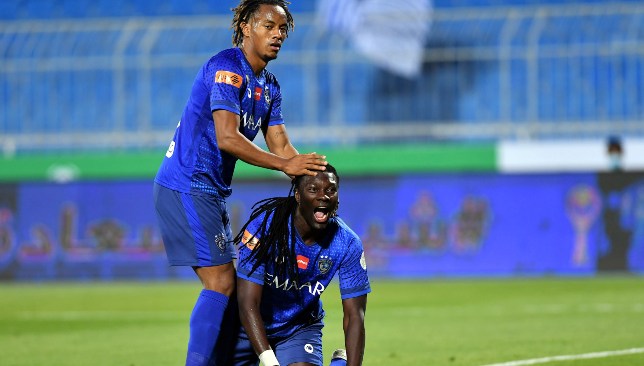 Crisis-addled Al Nassr will need to summon reservoirs of strength and ensure their nightmare start to 2020/21 does not continue in match-week four of the Saudi Professional League. Devastating elimination in the 2020 AFC Champions League’s semi-finals has been followed by a trio of domestic defeats, leaving 2018/19’s victors pointless. This doomsday scenario has been added to after 14 coronavirus infections were announced ahead of Saturday’s visit of promoted Al Qadsiyah, including prolific scorer Abderrazak Hamdallah and boss Rui Vitoria. Elsewhere in the Kingdom, Riyadh neighbours – and title holders – Al Hilal should be looking to hit their stride versus Ettifaq. Al Wehda and Al Raed were success stories in 2019/20, yet are in need of a jolt when they meet at King Abdulaziz Stadium. Here is a rundown, with Wyscout’s help, of this round’s trio of standout fixtures: AL NASSR V AL QADSIYAH (SATURDAY, 20:45) What else could, feasibly, go wrong for Nassr? An autumn of discontent began when shock defeat to heavily depleted Persepolis denied them a first finals appearance in Asia’s premier club competition. 2019 global top scorer Hamdallah has since been, for myriad reason, absent in the SPL for a run of three defeats. Nassr have scored just twice from 43 efforts without him in the top flight, while impressively defeating Al Ahli Jeddah in the King’s Cup semi-finals with him. Their draining SPL spell includes a 1-0 reversal at Al Taawoun played against 10 men from the ninth minute and Sunday’s inexplicable penalty concession by Osama Al Khalaf which allowed Ever Banega to convert a 97th-minute clincher for Al Shabab. Al Nassr slump after late Al Shabab loss (EPA). Into this maelstrom comes assistant coach Arnaldo Teixeira for the tough clash with sixth-placed opponents. The 57-year-old acolyte of Vitoria is certain to be without $18 million Argentina winger Pity Martinez, plus Saudi Arabia international Yahya Al Sheri and Abdulfattah Asiri among others. Qadsiyah, also, have experienced a strong return to the top flight after a season away. Damac and Taawoun were downed, while they were leading until the 89th minute at Wehda on the opening day before an implosion. It is not unkind to state another awful result, regardless of context, will push the 2020/21 trophy far beyond Nassr’s reach. This doom-laden narrative must be flipped, regardless of exacting circumstance. With a double header versus Hilal to come after the international break, in the league and King’s Cup showpiece, timing is of the essence. Prediction: Al Nassr 1-1 Al Qadsiyah ETTIFAQ V AL HILAL (FRIDAY, 20:45) The blue half of Riyadh represents a tranquil sea of calm, in comparison. An extended break for ex-France centre forward Bafetimbi Gomis was rewarded with his brace in last week’s 2-0 defeat of Damac. This left the champions in a four-way tie for first place – and a colossal seven points in front of expected nearest challengers Nassr. The 2019 ACL kings will, of course, concentrate on their own form rather than assessing whether we will see a Banega-inspired Shabab lead the charge to unseat them. Ettifaq are their immediate concern. Khaled Al Atwi’s perfect start to 2020/21 imploded at Abha in an action packed 3-2 defeat, containing late goals and a red card apiece. Quelling Slovakia midfielder Filip Kiss’ influence will be key for Friday’s visitors to Prince Saud bin Jalawi Stadium. Luciano Vietto (c) on debut for Al Hilal (EPA). Saudi pivot Salman Al Faraj’s return versus Damac is timely, for a side who’ve conceded just once. They’ve also averaged an incredible 70.1-per-cent possession, a massive 13.9 per cent more than second-ranked Al Batin. On the offensive side, Argentine winger Luciano Vietto recorded his first minutes after last month’s €7m move from Sporting Lisbon. Hilal have won the last six meetings between these clubs. There is no reason to think this run won’t continue. Prediction: Ettifaq 0-2 Al Hilal AL WEHDA V AL RAED (THURSDAY, 20:45) There was much to admire about these sides last term. But 2020/21 has been a bit more of a struggle. Wehda’s restart under ex-Vitoria Guimaraes tactician Ivo Vieira has contained slender defeats to Ahli and Al Faisaly, plus a late salvage act versus Qadsiyah. Imminent opponents Raed haven’t fared much better, almost throwing away a two-goal lead versus 10-man Damac and failing to beat Shabab and new boys Batin. Youssoufou Niakate getting stuck in for Al Wehda v Al Ahli Jeddah (EPA). A positive result on Thursday evening for either will jump start misfiring seasons. Raed will have to do this without suspended Cameroon centre midfielder Arnaud Djoum. They could, though, hand a first start to Serbian striker Nemanja Nikolic. Wehda will demand more from Levante loanee Hernani, yet to score or assist across 252 minutes of top-flight action. 2019/20’s seventh-best defence has yet to keep a clean sheet, with the partnership between Vitoria centre-back Pedro Henrique and Alberto Botia yet to gel. Prediction: Al Wehda 1-1 Al Raed MATCH-WEEK FOUR FIXTURES Thursday 20:45 Al Wehda v Al Raed Friday 16:35 Damac v Al Faisaly 18:30 Ettifaq v Al Hilal 18:45 Al Batin v Abha 20:45 Al Ittihad v Al Taawoun Saturday 16:35 Al Ain v Al Ahli Jeddah 18:35 Al Fateh v Al Shabab 20:45 Al Nassr v Al Qadsiyah
Read More

Arevalo chases breakthrough win on a layout she loves

Hamilton fired up to resist ‘new generation’ again in 2021

Antonio Lascuña tees it up in the Philippine Golf Tour’s (PGT) Langer leg at Riviera...

Japan presses on with Olympics preps despite surging coronavirus...

TOKYO — Japan’s government is continuing with preparations to hold the Tokyo...

Video: Oliver Dowden talks the significance of the Premier...

Africa: When Lockdowns Cause Social Tensions

The Department of Justice (DOJ) found probable cause on the complaint filed by the...