Adidas reveals Predator Freak – with the new evolution of Demonskin

adidas have revealed Predator Freak created to transform athlete’s play and to enable improved control on the ball. Continuing the evolution of Predator, the updated design features extended Demonskin spike coverage and an enhanced fit, engineered... 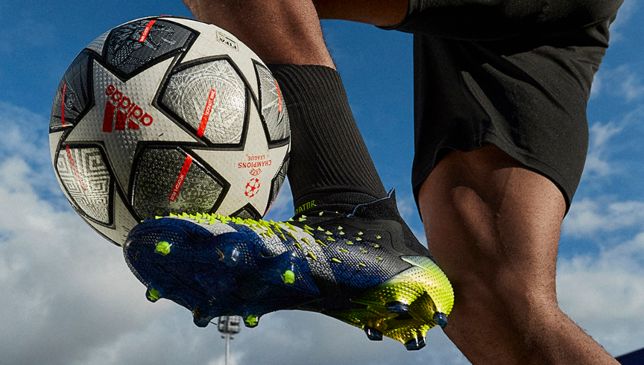 adidas have revealed Predator Freak created to transform athlete’s play and to enable improved control on the ball. Continuing the evolution of Predator, the updated design features extended Demonskin spike coverage and an enhanced fit, engineered to help support athletes to become the best version of themselves on the pitch. Predator Freak features 360° coverage of adidas Demonskin technology. First introduced last season, the performance innovation is created by a layer of rubber spikes – calibrated by a computer algorithm – laid in a formation that aligns to key contact points with the ball. Informed by direct elite player feedback, the adidas product creation team have now extended this coverage of spikes for the 2021 design, deliberately positioning them with the aim of enabling superior control and increased ball swerve. Manchester United’s Paul Pogba commented; “From first wear, I knew adidas had created something special with their Demonskin material. As soon as I touched the ball, I really felt a difference in the way my foot connected. I’m happy my experience with it so far has impacted the new Predator design.” England international Toni Duggan said; “Predator has been the perfect boot for me, and from testing the updated boot in training, I can tell already that the new model will help improve my control on the ball this season.” Continuing the ambition to help release the athlete’s natural skills, the new Predator Freak also includes a transformed silhouette; the result of the new split-cut collar design. This allows the foot a greater range of movement and improved adaptability to feet of different shapes. Also forming part of the reimagined upper, a pure-cut lace-less Primeknit collar and two-piece sock construction enables an effortless instep for eased entry into the boot and a total locked in fit around the midfoot and ankle, as well as creating an even surface area for continued added ball control. Further performance-elevating design updates can be seen in the evolved ControlFrame, a lightweight outsole complemented with traction studs for optimal traction and control, whilst stabilizing the wearer’s step to allow full power of movement. Predator Freak has also received an expressive aesthetic update. Referencing notable heritage designs including the 1998 Predator Accelerator and the 2000 Predator Precision, the dramatic look sees the iconic three stripes wrapping from lateral to medial sides and around the underside of the boot. Luminous yellow Demonskin spikes pop against a bright all-over blue colourway, to round off the striking look. The Predator Freak range will also include shin guards and goalkeeper gloves featuring the Demonskin technology, extending the same sensation of grip and control across all positions on the pitch. Since 1994, adidas Predator has been synonymous with some of the greatest names in the game, firmly embedding itself in football culture. Predator Freak continues this tradition and is set to be worn by players including Paul Pogba, Toni Duggan, Marc-Andre Ter Stegan, David Alaba and Abby Dahlkemper. adidas Predator Freak (RRP €280) will be available worldwide from today via adidas.com and selected retailers. To find out more visit: www.adidas.ae
Read More

E-kata star still on his own as nonrecognition barricades...

Problem of the past

LOS ANGELES — Tiger Woods was rushed to a Los Angeles hospital on Tuesday after...

Poll of the week: A new Muhlenberg College/Morning Call poll of likely Pennsylvania...

Africa: In Africa, Coronavirus Adds to Stress of Food Shortages

[VOA] Global agencies have been warning that the coronavirus pandemic may result...

Wesley So played the spoiler’s role on his way to claiming the Skilling Open crown...

MANILA, Philippines — Allyn Bulanadi and Mike Nieto will remain with the Gilas Pilipinas...